How To Grow A Business In 190 Markets: 4 Lessons From Airbnb 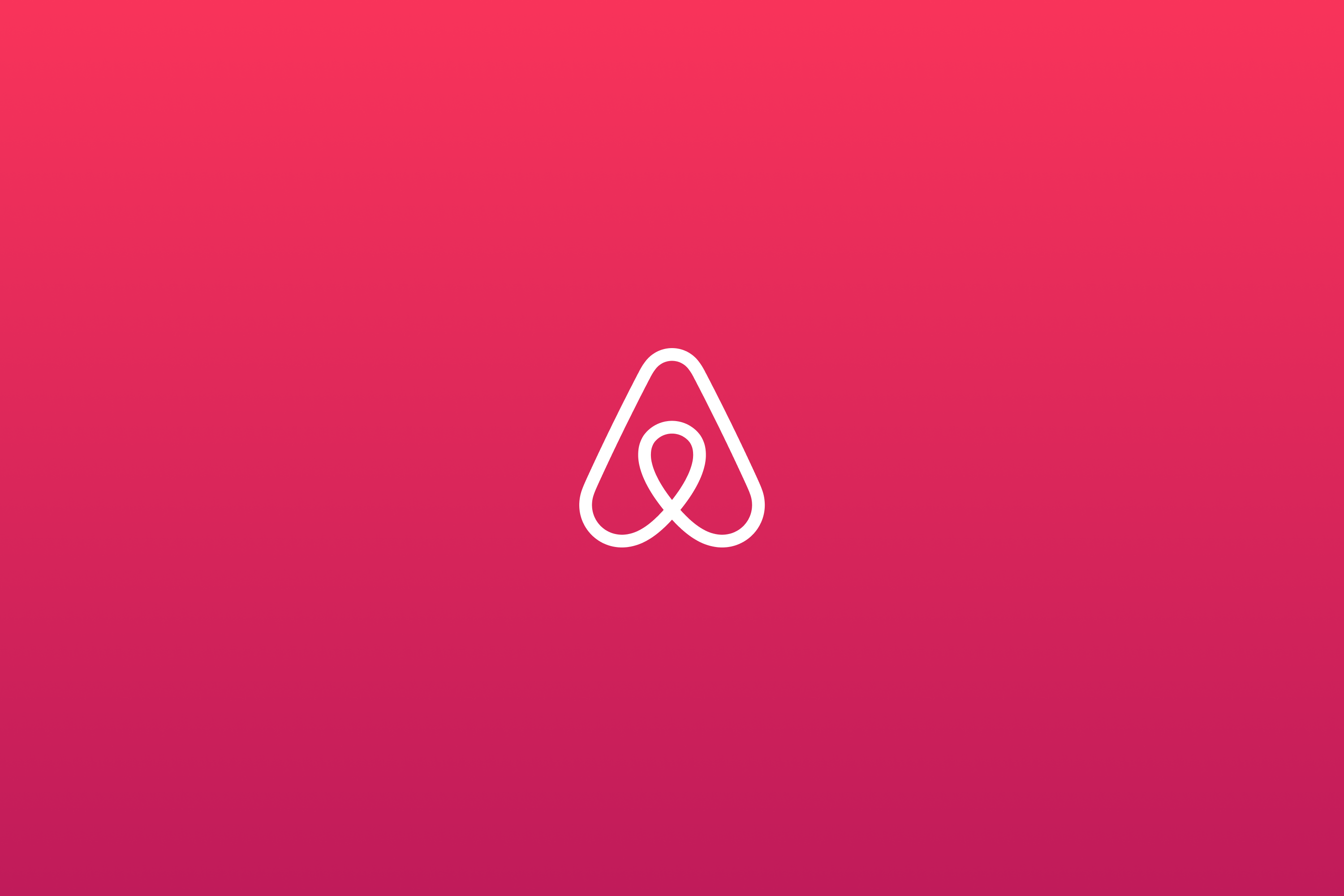 Few companies have had the kind of global success of Airbnb. Seven years ago, the company started in San Francisco, by allowing people to turn their spare bedrooms and homes into vacation rentals. Today, Airbnb has over 1,000,000 listings in 34,000 cities and 190 countries. It’s on pace to list more rooms than the entire Marriott empire. And it continues to expand aggressively into new foreign markets: when Cuba became more open to American businesses last December, Airbnb jumped in. It already has more than 1,000 listings there.

How did Airbnb become a worldwide success so quickly? In part, it’s by offering a great product. The business also grows in overseas markets by acquiring rivals and clones.

As a brand, Airbnb wants to present itself as a global citizen. So, like any global citizen, it has made it a priority to branch out into new languages. “It’s important that we are both international and local at the same time,” says Jason Katz, an engineer at Airbnb. “Because of this, we’ve taken many steps toward localization, one of which is translation.”

Today, Airbnb is available in 26 different languages, allowing it reach users around the world. Managing a dynamic website in 26 languages is difficult, but Airbnb has made localization smooth through a number of smart engineering moves.

“[As a global startup, it’s] important that we are both international and local at the same time. Because of this, we’ve taken many steps toward localization, one of which is translation.” – Jason Katz-Brown, Software Engineer at Airbnb.

A platform designed for localization

The tool has some clever features. Whenever a new phrase is added to the site, the TMS automatically takes a screenshot and sends it to translators. Translators can right-click on any phrase on the site and then edit the translation in context. And translation changes go live on the site almost immediately.

All this engineering acumen lets Airbnb respond quickly to new localization challenges. For example, a week before the company’s CEO visited Tokyo, Airbnb decided to localize its Japanese site. At the time, that meant handling 400,000 words of English content across websites and mobile apps.

There’s pretty much no way to get that much high-quality translation, that quickly. So Airbnb engineers built an ingenious system to prioritize content by counting the number of users that looked at any given piece of text over the course of four days, and then flagging all the text that received more than a certain frequency of views from Japanese users.

As a result, translators could work efficiently, by focusing on the most used parts of the site, and produce a workable translation in just a week.

Some companies ignore these distinctions. But, in its localization campaigns, Airbnb has paid close attention to these kinds of variants, with sites that are localized for specific forms of languages.

Language variations often have to do with spelling, and Airbnb’s engineers have built an application to automate the process of switching spellings from country to country. For example, the app will automatically adjust the spelling of English words for the American, British, and Canadian versions of the site (changing, say, “colour” to “color”), as well as certain usages (changing, say, “vacation” to “holiday”). The site even swaps out ß for “ss” when converting from its German-German to Swiss German versions. The result is an experience that is truly tailored to the local users.

It’s hard for a young, growth-oriented startup like Airbnb to translate so much content, so quickly. In order to speed up translation, Airbnb has used a mix of crowdsourcing and in-house translation work. Early in the localization process, the company recruits translators from the crowd, and uses its worldwide community of hosts and guests to help with both translation and proofreading. Crowd-sourced translation is cheap, quick, and great for building a sense of community. But it can have problems with accuracy and consistency. That’s where Airbnb’s in-house professional translators and localization managers come in, checking translations and making sure everything fits the brand’s tone.

Great marketing drives growth. But a storyline, campaign, or graphic that works well in one country might be ineffective (or even offensive) in another. Airbnb tackled the challenge of marketing localization through a mix of top-down and bottom-up strategies.

Airbnb created highly targeted campaigns by leveraging the data from their large user base. For example, Airbnb wanted to develop a new marketing video for East Asia. They knew that the most popular queries in the region were about how to search for a listing, book a room, create a wish list, and contact hosts or Airbnb itself. So they put together a video that features a young Asian woman planning a trip—and dealing with all these questions.

The video is partly a marketing tactic, and partly a way to cut down on customer service requests by educating users. It’s tailored to East Asian audiences, and it uses localized voiceovers for people on country-specific Airbnb sites. Jasmine Maleknia, a social media manager for Airbnb, explains that voiceovers are part of their localization strategy, “because cultural nuances are lost in translation on subtitles.”

“The real challenge of global strategy isn’t how big you can get, but how small you can get.” – Dennis Goedegebuure, former head of Global SEO at Airbnb.

There’s more than one way to run a global marketing campaign. And Airbnb has had luck with bottom-up marketing efforts, too. After all, the company is community-driven, and it has a built-in network of users who can help tailor marketing to their own countries.

For example, the Neighborhood section of the site has around 580 pages, spread over 20 cities, and localized to more than 30 local Airbnb sites around the globe. Airbnb builds each neighborhood site, and then contracts with thousands of local photographers and videographers to provide the core content. This far-flung network of freelancers lets each neighborhood’s page develop a distinctive, authentic, and local feel.

“The real challenge of global strategy isn’t how big you can get, but how small you can get,” says Dennis Goedegebuure, the former head of Global SEO at Airbnb. It’s a good point to keep in mind: when many developers launch a global strategy, they keep everything centralized. But the best localized content will always come from local partners.

“Our users tell the story better than we do.” – Gustaf Alstromer, Growth Product Manager at Airbnb

For Airbnb, word of mouth is critical to growth. So the company built a referral program that encourages travelers to promote Airbnb by offering travel credits to both the referrer and the recipient.

As part of its global strategy, Airbnb tailored this referral system to certain overseas markets, especially in Asia. Because people in East Asia tend to browse more through mobile devices, Airbnb made sure that its referral program there was available for mobile users. They also integrated it with the kind of messaging apps—Whatsapp, WeChat, and Weibo—that are popular in the region.

Airbnb found that a few key influencers in Asia could have a big impact. One online celebrity, called Anthony, has 2 million followers on Weibo. When he posted an Airbnb referral code, he was able to singlehandedly bring in thousands of signups.

When acquiring new hosts in some countries, Airbnb learned that they can’t rely on online tactics alone. Sometimes, people need to talk, face-to-face, with a human being. And those needs can vary from culture to culture.

For example, in France, Airbnb found that Facebook ads were ineffective. So they sent teams of two to three people to France in order to meet potential hosts, host info sessions, set up booths at local events, and post flyers, among other outreach tactics. The on-the-ground approach yielded a CPA that was five times better than Facebook ads.

More recently, a similar approach has been successful in Cuba, Airbnb’s newest territory.

As is often the case with localization and global expansion, Cuba poses some unique challenges. Credit cards aren’t supported there, and the island has limited Internet coverage. Airbnb was able to partner with casas particulares—small, traveler-friendly lodgings—in order to get on the ground in Cuba. Casas particulares are the middlemen with Internet access, and these helped Airbnb to solve problems of taking orders. They also solved the payment issues by working with a remittance company in Miami. With a little flexibility, Airbnb has been able to quickly establish a foothold in a growing new overseas market.

Potential Challenges In The Future

Despite the rapid expansion, there are potential challenges for Airbnb in the future, too.

Regulators are beginning to pay more attention to the kind of semi-formal, sharing economy transactions that Airbnb facilitates. Not all governments are happy with what they’re finding—for example, there’s increasing pressure in Paris to inspect Airbnb listings due to the rapid growth in local hosts.

Getting into More Conservative Culture

Airbnb values a culture of openness, and the system requires people to be comfortable interacting with foreign strangers in their own homes. Those values may be less familiar in some places. In Japan, for example, where collectivism and the avoidance of uncertainty are highly valued, Airbnb can be a tough sell.

Getting users is great, but Airbnb also has to keep them. As the company becomes a major global force, it has to figure out new ways to retain users. Recently, Airbnb slows down the expansion of its international operations, and appoint Chip Conley as Airbnb’s head of global hospitality. And the Dublin hub is doubled in size to foster better customer services and hospitality. Whether Airbnb can grow its hosts into 21th century’s representative of hospitality, becomes the biggest challenge for the company.

Few companies have expanded overseas as rapidly as Airbnb over the past few years. Its international strategies are relevant to your growth plans. Growth marketers, let’s take notes.

Local experience is a must

Sure, your app is in English. But for most of the people on earth, that means that the ideal user experience will be localized user experience. English is becoming a lingua franca, but most people don’t speak it—and those that do generally prefer their native language, anyway.

As Airbnb demonstrates, a better localized product will also be a more successful product. Good translation is the first step for localization, but it’s not everything—culture-specific touches, and localized marketing, can help make an app a truly global player.

Do things that don’t scale

Techies are hesitant about offline marketing campaigns, because they can’t really be scaled. But here’s the thing: not everyone is tech-savvy. And people’s questions about a company’s services might not be addressed by an online ad (especially when that services involves something as personal bringing strangers into their homes, as with Airbnb).

Paul Graham’s famous saying, “Do things that don’t scale,” should apply to offline stuff, too. Diverse, offline marketing tactics, tailored to particular places, can be the difference between a tepid response and a runaway success.Taking an experimental approach to try every tactic you know in each market can often lead you to success.

Global expansion is hard. But by focusing on international growth from the start, and adapting yourself to the needs of new markets, it’s possible to succeed around the world.

Have you had any experience trying to expand a startup into global markets? Let us know in the comments!

This post is originally posted on OneSky Blog, August 3, 2015.